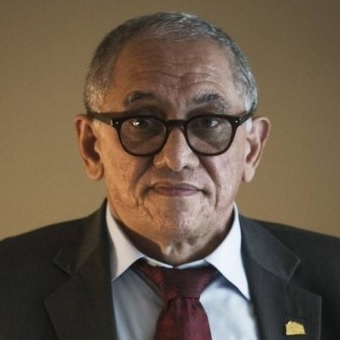 Dr Vasconcelos is also a fellow researcher of Brazil's Conselho Nacional de Desenvolvimento Científico e Tecnológico (CNPq – National Council for Scientific and Technological Development); and Director of the WHO Collaborating Center for Arbovirus Reference and Research at the IEC. He completed his medical degree at the Medical School of the Universidade Federal do Pará, in Belém, and pursued a specialty in tropical medicine at Universidade de São Paulo.

Dr Vasconcelos received a PhD from Universidade Federal da Bahia, in Salvador, and completed his post-doctoral studies in Molecular Virology in the Department of Pathology at the University of Texas Medical Branch, in Galveston (USA). He is a member of the editorial boards of three scientific journals: Revista Pan-Amazônica de Saúde (and an Associate Editor for the Virology area); Open Epidemiology Journal; and Vector-Borne and Zoonotic Diseases.

Zika virus (ZIKV) can be transmitted to humans by different mechanisms.  Since the traditional Aedes aegypti mosquito infected bite through congenital and sexual routes has been used by ZIKV. Many different studies have demonstrated that ZIKV is predominantly neurothropic, and infection can result in encephalitis, which is especially severe among fetus and neonates whose mothers were infected during pregnancy. The fetus infection occur through placenta cells and ZIKV reaches the central nervous system probably through the blood and depending of the time of infection is before the formation of or break the blood brain barrier. On the other side, other studies showed that ZIKV is associated with severe disease for people with immunologic disorders as well. For neonates and immunodeficient/immunosuppressive adult’s patients, an important involvement of innate and adaptive immune responses is critical in the host response and pathogenesis of disease caused by ZIKV. In this presentation, the participation of immune cells and cytokine/chemokine expression and changes in target organs will be addressed and discussed taking into account the pivotal role of immune system in the pathogenesis of ZIKV infection, disease presentation and outcome, as well as the efforts for development of a Zika virus live-attenuated vaccine.