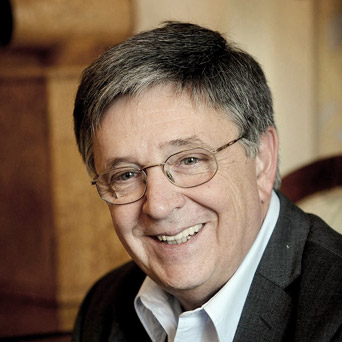 László Lovász (born in 1948) is a Hungarian mathematician, best known for his work in… (more)

László Lovász (born in 1948) is a Hungarian mathematician, best known for his work in combinatorics, graph theory and theoretical computer science. Currently he is the President of the Hungarian Academy of Sciences.

His mathematical gift was acknowledged at an early age, and earned him gold medals in the International Mathematical Olympiad for three consecutive years (1964, 1965, 1966). He was awarded the Wolf Prize in 1999, and the Kyoto Prize in 2010. Lovász was a professor at Yale University during the 1990s and was a collaborative member of the Microsoft Research Center until 2006. He returned to Eötvös Loránd University, Budapest, where he was director of the Mathematical Institute (2006–2011).