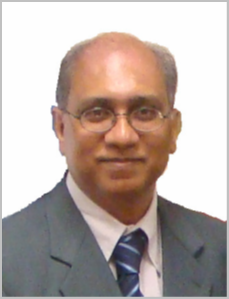 A/Prof Naresh Kumar graduated from the University of Western Ontario, Canada in Statistics. He… (more)

A/Prof Naresh Kumar graduated from the University of Western Ontario, Canada in Statistics. He completed his graduate studies at University of Michigan, Ann Arbor in Industrial and Systems Engineering. He later obtained his Ph.D in Ergonomics from Loughborough University of Technology, UK under the Defence Technology scholarship.A/P Naresh heads the Human Factors (HF) Directorate in the Office of the Chief Science and Technology Officer (OCSTO) in MHA. He holds the concurrent appointment as Director OCSTO, which is the S&T arm of MHA, reporting to the Chief Scientist. He joined the ministry in 2007 and pioneered the work in Human Factors. Under his leadership, he conceptualised and delivered three main scientific thrust in Human Factors which has revolutionized the Home Team’s modus operandi in Surveillance, Profiling and Human Systems Integration of MHA’s systems. Prior to the current MHA appointments, A/P Naresh served in the Ministry of Defence for 21 years. He headed the Human Factors Engineering Branch of the Defence Material Organisation, which was responsible for the Human Factors Programme in the acquisition and development of military weapons and platform for the Singapore Armed Forces. Later, he was appointed Research Director of Human Effectiveness Laboratory of the Defence Medical Research Institute and was responsible for the R&D in Human Factors and establishing the linkages between the defence operational communities, defence industries and the academia. He was concurrently the Program Manager and Head of Human Factors Laboratory in the Defence Science Organisation.

A/P Naresh was appointed Associate Professor of the National University of Singapore to teach Ergonomics at the post-graduate level in the School of Engineering in the year 2003 and has since retired from teaching but holds a full-time appointment in MHA.