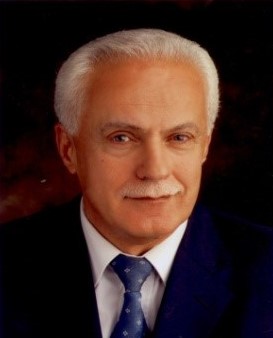 Secretary General of The Higher Council for Science and Technology (HCST), Acting president of The… (more)

Secretary General of The Higher Council for Science and Technology (HCST), Acting president of The National Center for Research and Development (NCRD), and chairman of the managing board of King Abdullah II Nanotechnology Center affiliated to HCST. Member of the International Advisory Group (IAG) for the Jordanian Nuclear Program, and member of the managing board of the  Scientific Research Support Fund (SRSF). Former minister of energy and mineral resources (2006-2007).

Obtained his PHD in physics and mathematics/medical physics from Utrecht State University in the Netherlands.

Has many publications in the fields of Medical Physics, Nanobiotechnology, Science and Technology Potential and Requirements, and applications of Clay minerals nanoflakes in increasing plant and  animal  production. Participated in the formulation of  National Science and Technology Policies and Strategies.  Has two Patents in application of nanotechnology in biological systems, the first is "Method for the Production of Multiple-element Magnetic Nanoparticles (MMN) and its use for the fast Detection and Removal of Pathogenic Bacteria in Water,  food,  and clinical samples",  the second is " use of  (MMN) in cancer diagnosis and treatment".