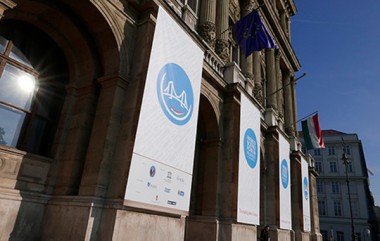 At the Opening Ceremony of World Science Forum 2015 a panel of global thought-leaders declared renewed intent to fight poverty and promote just, equitable and inclusive social development based on the restoration, protection and sustainable use of natural resources and ecosystems. Prime Minister of Hungary, Viktor Orbán, opened four days of events, addressing a large audience of diplomats, global science stakeholders and key influencers.

President of WSF and of the Hungarian Academy of Sciences, Prof. Lászlo Lovász called upon delegates to do more to accelerate the accumulation, use and diffusion of scientific knowledge and its application in technological innovations capable of reshaping our world for the better. Accentuating the positive, he remarked that: “science is enabling us to confront hunger and diesease, to tackle our ever-growing demand for energy and to connect and communicate with immediate effect, while providing the social and economic foundations for an improved quality of life for ever-increasing numbers of people. We should be proud of these achievements”.

Warning against complacency, however, he went on to add that: "at the same time, science has revealed the complexity of the world and laid bare the extent of human civilisation’s impact on the Earth's fauna, flora and climate, that it has overused its natural resources and has become a threat for the life of present and future generations. How meetings like this rise to the challenge of building greater consensus about how to apply the best of science will certainly play, in no small part, a major role in determining humankind's success or failure in the 21st century. There is no margin for error‟.

The Enabling Power of Science 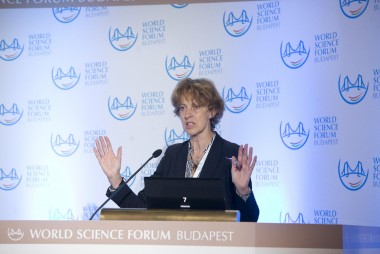 This year's programme offers 6 main plenary sessions: a key component is a ‘sustainability update', bringing together leading decision-makers in the run-up to the December 2015 Conference of the Parties (COP21) in Paris and very much influenced by the UN's 2030 Agenda for Sustainable Development announced in September. Two further plenaries deal with ‘confidence in science' and ‘communicating with society' where the issue of ethics and scientific integrity come to the fore. What is new for 2015 is a strong focus on science business and the ‘innovation ecosystem' where the views of innovators, educationalists and economy-watchers collide. A timely discussion on ‘challenges in global cooperation' brings together, amongst others, the Vice-President of Iran responsible for S&T and the Deputy-Director of the International Atomic Energy Agency. The end of conference plenary brings together 8 well-known current and former ministers, science advisers and the ‘suppliers' of public research to examine the strengths and weaknesses of ‘science in policy-making.WSF 2015 under the theme of ‘The Enabling Power of Science' sets new standards in igniting self-critical conversations about the applications of science for all of society.

Perhaps the most representative of the flagship global generalist conferences, every effort is made to ensure that all regions are represented and that all voices are given the chance to be heard. Not only are panels comprised of the talking heads of the world's large research infrastructures and membership bodies, science ministers and their advisers, but experts from academia, entrepreneurship, civil society, young researchers and media are equally invited to discuss critical global issues. Several speaker organisations also use WSF as a platform to announce the latest findings in environmental and health sciences.

This year's programme offers 9 thematic sessions: over 50 organisations were invited in to enrich questions and answers style-debates with delegates on a broad range of topics. From ‘global health policies' looking at responses to Ebola, autism, HIV/Aids and substance addiction; the latest in ‘brain research' or ‘building climate resilience' and ‘disaster risk reduction'; to insights into ‘science governance in Africa', ‘science for peace' or the ‘international year of light, a truly who's who of experts are on-hand at WSF 2015. 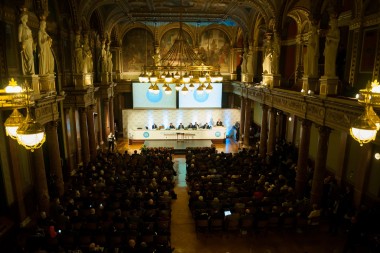 More side-events and high-level meetings than ever-before being facilitated: a particular feature of WSF is its readiness to engage and encourage third-party groups to maximise its unrivalled meetings opportunities. In this way, specific scientific or diplomatic networks, established projects or emerging forces can broaden their visibility, appeal and memberships. For example, WSF is acting as a catalyst for a large meeting of the European Union Science Journalist Associations(EUSJA), UNESCO's Campus Africa and the International Consortium of Young Researcher Staff Associations, amongst many others. For the first time also, WSF is hosting the Forum of Global Fora whereby the organisers of Science Agora Japan, Science Forum South Africa, theAmerican Association for the Advancement of Science (AAAS),Euroscience Open Forum 2016 Manchester (ESOF) and Her Royal Highness, Princess Sumaya bint El Hassan of Jordan, host of the nextWSF in 2017 under the theme of ‘Science For Peace', are coming together to share updates and best practices.

As another first, WSF 2015 held the follow-up meeting of the newly formed International Network for Governmental Science Advice(INGSA) where the EU's proposed Science Advisory Mechanism (SAM), the OECD's recent work on science advisory principles and the UN's emerging science advisory team are being presented. Finally, WSF 2015 marks a new departure insofar as, following a global open call, science media grants have been offered to over 25 promising journalists to join their peers at the conference.

A Conference Declaration To Be Reckoned With

It is expected that the legacy of WSF 2015 will be an unequivocal wake-up call to scientists and science diplomats to better understand the impacts climate change will have on the natural and social systems of the earth. In this regard, the conference will make a special plea for greater empowerment of scientists to hold decision-makers to account for the targets they set as legally binding agreements on climate.

Secondly, conference leaders will call for a greater application of scientific solutions in areas of disaster risk reduction and resilience building to natural and human made disasters, particularly in areas of dense populations.

Thirdly, conference leaders will applaud and support recent global trends towards a more pronounced use of science in policy-making and the efforts to bridge the difficulties inherent in the roles of scientists and policy-makers which must allow for greater stakeholder inclusion.

Fourthly, conference leaders will call for more to be done to tackle inequalities between countries and regions. WSF welcomes the strong participation of delegates from many African, Asian and Latin American countries here to promote cooperation and integration to build and accumulate capacities to harness and govern modern sciences. Despite clear advances in a number of emerging economies and societies in transition, the knowledge and economic divide is widening, thus curbing the potential of science and technology to contribute to global human and economic development.

Finally, in deciding to host WSF 2017 in Jordan after a successful event in Brazil in 2013, the organising parties are building knowledge and facilitating integration in those countries and regions that need it most.